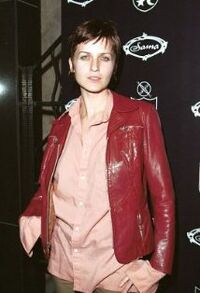 Arly Jover plays Liv in the remake of the The Girl with the Dragon Tattoo (2011 movie).

At the age of 14, Arly dropped out of school, and a year later, she moved to New York. After that, she became a dancer for many years, and her acting career began in 1995-'96. She acted in international films and made her American debut in Blade.