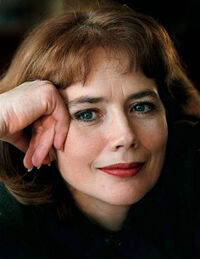 Marika Lagercrantz plays Cecilia Vanger in the 2009 Swedish film adaptation of The Girl with the Dragon Tattoo.

Marika Karin Louise Lagercrantz, (born 12 July 1954 in Solna) is a Swedish actress. She is the daughter of Olof Lagercrantz, granddaughter of Hans Ruin, sister of David Lagercrantz, and cousin of Lars and Johan Lönnroth. She resides in Bagarmossen, a suburb of Stockholm.