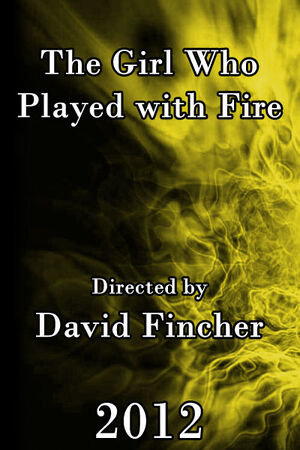 The Girl Who Played with Fire is the American film adaptation of the book of the same name. It is being directed by David Fincher; due to scheduling conflicts, a release date is unknown at this time. The final two films of the Millennium Trilogy are expected to be filmed back to back with the stars of The Girl with the Dragon Tattoo committed to return. Many fans of the series are anxious for the completion of the American film version of the trilogy written by Steig Larrson before his untimely death.

Retrieved from "https://millenniumtrilogy.fandom.com/wiki/The_Girl_Who_Played_with_Fire_(film)?oldid=5923"
Community content is available under CC-BY-SA unless otherwise noted.