The Girl with the Dragon Tattoo is the American film adaptation of the book of the same name. The script was written by Steve Zaillian, was directed by David Fincher, and was released December 20th, 2011. The film is 2 hours and 38 minutes long and received an R rating by the MPAA.

In February 2010, Columbia Pictures signed a deal with the Swedish production company Yellow Bird, which owns the cinematic rights to the three books, and Stieg Larsson's father Erland Larsson and brother Joakim Larsson. Joakim Larsson commented the deal in a Swedish newspaper "We get to stay in control for most parts, which seems to be quite unusual in Hollywood. But it was important to us, we didn't want this to turn into too much of a 'business-thing', we feared that he (Stieg Larsson) would be exploited." Columbia will do a total re-write based on the books, rather than a translation of the original Swedish script.

Steve Zaillian, the writer of the script for "Schindler's list" has written the script. Trent Reznor, Academy Award winning composer for The Social Network, is writing the music. The film was released on December 20th, 2011.

The film recieved a 87% rating on Rotten Tomatoes

Mikael Blomkvist is a financial journalist who has been convicted of libel after writing and publishing an article about billionaire financier Hans-Erik Wennerström, that was proved in court to have faulty evidence. After Blomkvist resigns from his position at Millennium Magazine, he is approached by Henrik Vanger for his assistance. Vanger asks him to officially write his memoirs, but to unofficially investigate the dissaperance of his niece, Harriet Vanger, that occured over 40 years ago. Before Vanger hires Blomkvist he hires Lisbeth Salander, an anti-social but extremely intelligent investigator to do the background check on Blomkvist. Salander is a ward of the state due to a declaration of incompetence. As Blomkvist begins to investigate the massive Vanger family he realizes he has need for assistance, thus prompting Henrik Vanger to hire Salandar. As the two investigate deeper and deeper into the history of the Vanger family they discover secrets about more than they ever expected. 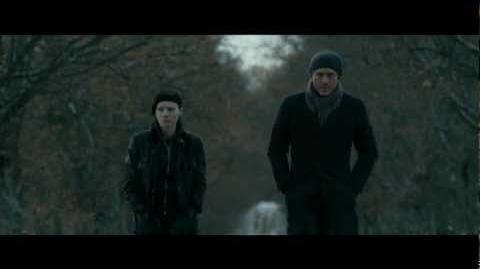 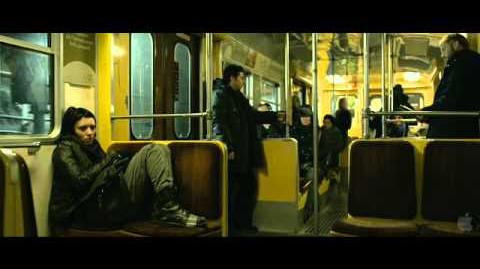 'The Girl with the Dragon Tattoo' - Theatrical Trailer